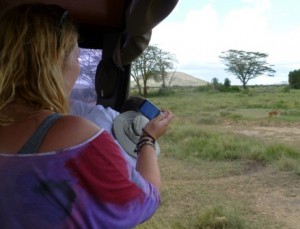 It felt like the home run has begun! We headed back to nature, spending the afternoon at Ikoma Bush Camp. In the evening we jumped into 4×4 safari vehicles for a night drive, and saw hyena, Genet, bush babies and much more. We camped under the stars in the beautiful remote camp, listening to the animals as we fell asleep. Jessie, Alicia and Lindy had an early morning bush walk, during which they learnt a bit about the flora and fauna of the area. The rest of us have a welcomed lazy morning in camp! 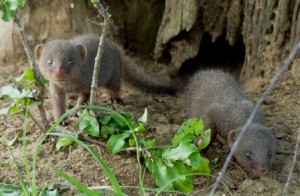 Then we enter the Serengeti, for some on the trip it’s was their first National Park , for others it was a chance to view animals in what is arguably the most famous national park in the world. The excitement and anticipation was almost tangible! And the Serengeti lived up to its fame as we saw a myriad of wildlife, the highlight being four male lions. They were eyeing up a herd of zebra and a leopard lazing in a tree! We also enjoyed watching some smaller game. At one point our driver stopped and we were looking around to see what he has spotted when he said “watch the anthill”. After a tense but bemused minute or two we spot a tiny head poking out of the anthill, then another, then another – Dwarf mongoose, so cute and so very entertaining to watch. 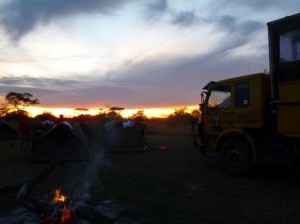 We camp in the Serengeti and sat around the campfire talking of the days wonders, but the surprises weren’t over yet. We heard a vehicle, and were surprised by the arrival of the ‘Zebra Mobile Bar’ the new and very enterprising idea of a local entrepreneur. He has converted a van into a mobile bar, loaded with ice cold refreshments! The last thing we expected to see in the middle of the Serengeti!