Kenya and Tanzania with Philippa & Stephen on Makako: Day Six 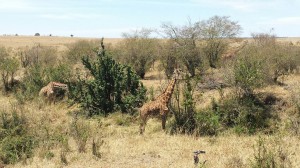 Well what a PHENOMENAL day today was!! Setting off through the park gates nice and early we were dubious as to how we could top seeing the big 5 yesterday…We definitely managed it!!!

Heading over to the water’s edge we hopped out the truck and saw a huge pod of hippo splashing, grunting and snorting about, as well as a few huge Nile crocodiles lurking ominously nearby with jaws open. 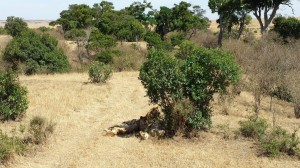 Further on and there was a large pride of about 8 lion being their lazy selves in the sun. It appeared pork was the meat of choice today as we saw baby warthogs being chased by three black-backed jackals. Mum eventually protected them by sitting on top of them!

Continuing further into the park it was two lionesses turn to try for a piggy treat – no luck this time but great to watch. 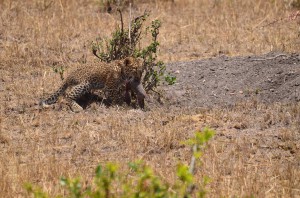 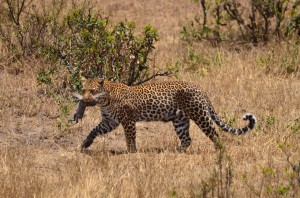 Next up came the absolute cherry on top of our already impressive day - not only did we have a close, clear few of an absolutely gorgeous big leopard, but also her cub frolicking around.

Mum was teaching baby how to hunt, burrowing inside a nearby den until both produced a baby warthog of their own. Mum wasted no time in enjoying her meal while bub had great fun playing with his food, frolicking and squeaking like a kitten with the warthog bravely fighting back. Mum kept a watchful eye and intervened when the cub squeaked in pain. After about 15 minutes she eventually put the poor baby pumba out of its misery with a powerful snap of her jaws. This was such such a huge highlight and a once in a lifetime viewing. At a loss for words we headed to camp to break for lunch, still unable to believe our insanely good fortune. 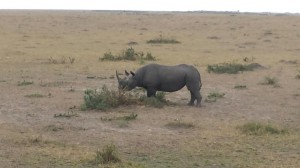 Returning after lunch we saw elephant, buffalo and then an excellent view of a large black rhino (in the politest way possible his 5th leg was out-of-this-world large!). This meant that we had seen the big 5 for two days running in the Mara – such a treat!

Back to camp as the sun began to set and a hearty dinner around the campfire awaited; excellent spirits all round as we reminisce over just how lucky we have been!

Thank you to Sander Reinders for his fantastic photos of leopard and cub.

This entry was posted in 1st October 2015 Kenya and Tanzania with Philippa & Stephen on Makako. Bookmark the permalink.