Kilimanjaro – the “roof of Africa” – and it really is just that! Standing 5,896 metres above sea level it is the highest point on the African continent and is the tallest free-standing mountain in the world. 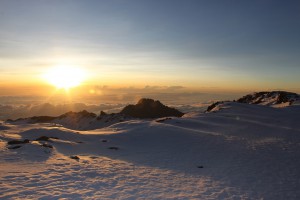 Comprised of three volcanic cones, it is the youngest of these three, Kibo, which is the highest and which boasts Uhuru Peak, the summit point on the southern rim of Kibo’s crater. Kibo is described as a dormant volcano while the other two cones of Kilimanjaro, Mawenzi and Shira, are both extinct.

Shira is the oldest volcano which collapsed into a caldera (a type of crater formed when unstable rock collapses due to a vaccuum in the magma chamber below) 500,000 years ago. Mawenzi expired next – its crater has now eroded but much of the volcano shape remains. Kibo’s notable eruption of 360,000 years ago then sent lava flows into the region between Mawenzi and Kibo forming what is today known as “the saddle”. The flows also filled Shira’s caldera forming what is now the Shira Plateau. Kibo last erupted 200 years ago although smoke emissions may still be seen.

Due to its height and location, specific ecological zones have formed on Kilimanjaro. It is trekking through this changeable vegetation that makes a Kili trek so spectacular. 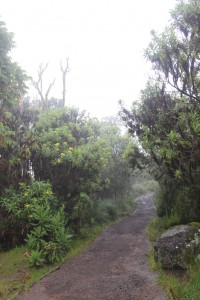 Cultivated Farmland – At the bottom of the mountain where it gets most sun, the land is largely used for coffee production. Some of Africa’s best coffee comes from the foothills of Kilimanjaro! The villages of the previously nomadic Chagga tribe are also situated here, where they settled around 300 years ago to farm the land. The Chagga still farm here as well as many work in the tourism industry as Kili trekking guides as the mountain has become so popular.
Rainforest/Jungle – the hottest and wettest part of the mountain. With most rain falling on the Southern and Eastern sides of the mountain, the forest section is thicker and more lush in these areas. The scenery is stunning and wildlife such as Colobus monkeys can sometimes be sighted.
Heath/Moorland (low alpine) – the trees disappear and here the temperatures can vary greatly from very high during the day and very low at night. Plants that survive here are the senecio and lobelia. The senecio is endemic to the alpine zone of the mountains of East Africa. 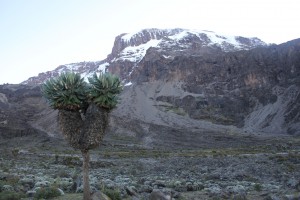 Alpine Desert – there is less than 200 mm of rain in this zone per year. Situated above the low-cloud level, it experiences fiery sunshine and also sub-zero temperatures after sundown. There is little life to be found here. In this region the summit can be sighted for the first time.
Summit zone – Nearing the higher part of the desert zone, the ground become less solid with scree causing instability under foot. For this reason the summit is often started at night time when the ground has frozen so that the ground is more solid to walk on.

Whilst Kili is a popular mountain for the layman to climb (you don’t have to be a trained mountaineer to attempt it), don’t be fooled! A successful Kili trek takes dedication and training. There are several routes to reach the summit and these vary in length and difficulty, so you can have the best chance of a successful summit.

Be honest with your fitness level and how much you think you will be able to achieve in preparation with training, and choose accordingly. For more details about training for your Kili trek, take a look here.

There are a number of key routes on Kilimanjaro: 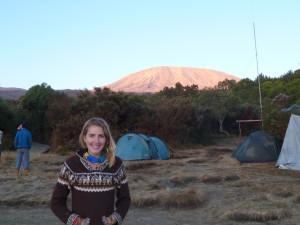 Lemosho – This trek starts on the Western side of the mountain from the Londorossi Gate and was introduced as an alternative to the Shira route which begins at a higher, more challenging altitude. The Londorossi Gate is a fair drive from the town of Moshi, and considerably further from Arusha. At the gate you will register with the authorities before being driven a further 12km to the starting point. A x4 wheel drive vehicle may be needed for this drive.

The Western side of Kilimanjaro is still very wild and you may get lucky and spot antelope, buffalo and maybe even elephant.

On day three of this trek, the Lemosho Route joins the Machame route at the Lava Tower. As with the Machame Route, Lemosho trekkers need to traverse the Barranco Wall and then summit from Barafu Camp. Descent is via the Mweka Route. This trek is done over 7 or 8 days, whilst 8 days is a more comfortable length to cover the distance of this hike.

Machame (Whiskey route) – One of the most popular routes on Kilimanjaro. According to statistics from Kilimanjaro National Park, approximately 50% of trekkers use the Machame Route to ascend the mountain. The route is very scenic, providing hikers with incredible views and varying landscapes. 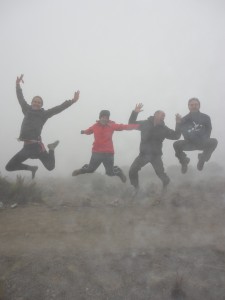 The Machame route is a little more challenging as trekkers climb via the Barranco Wall on day four and contend with a steep incline up Kibo on summit night. That being said, there are no parts on the route that require any technical climbing skills and Barranco is more a scramble which takes about 1 to 2 hours. The path is generally reasonably wide and the guides are there to help all the way.

The total Machame route distance is approximately 62 kilometers from gate to gate.

One can complete the Machame route on a 6 or 7 day itinerary. Both options include a climb high, sleep low acclimatisation day.

Rongai – The only trail that starts from the Northern, or Kenyan side of Kilimanjaro.

Because of its remote location the route offers trekkers a relatively unspoilt wilderness experience where it is possible to see large wildlife like antelope, elephant and buffalo. 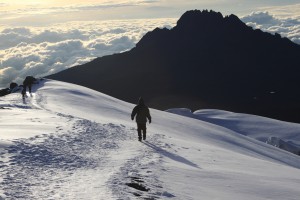 The Rongai is known to be an easier route as there is generally a more gradual ascent over the terrain and so the hiking days are less demanding. The 7 day trek is preferable to allow an extra day to acclimatise, whilst on the 6 day trek there isn’t as much allowance for a climb high/sleep low pattern.

Due to its remote location, the Rongai route tends to have far less traffic than other routes.

Marangu (Coca Cola route) – the oldest route on Kilimanjaro and also one of the most popular – mainly because it is the only route on the mountain that has huts provided for hikers. There are 60 bunk beds each at Mandara and Kibo Huts, and 120 bunk beds at Horombo Hut.

The real highlight is the walk from Gilman’s Point along the crater rim to Uhuru Peak, passing close to spectacular glaciers and ice cliffs. The views on a clear morning are magnificent, with the Rift Valley, Mt. Meru, and the Masai Steppes clearly visible.

The main setback on the Marangu Route is that the ascent is exactly the same as the descent and therefore there is not as much variety in settings compared to other routes. It also means that the route can get very crowded.

Weather and when to go

Kilimanjaro can be climbed all year round, with the trekking high season occurring from mid January through to when the rains start during March and then after the end of the long rains, from July through to October, just before the short rains. Conditions at these times are usually good and clear. 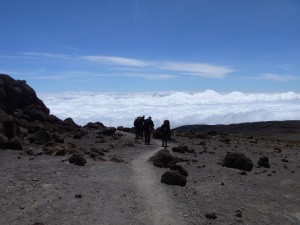 Do note that being so big, Kilimanjaro creates its own weather patterns too and rain can be experienced at stages of the trek regardless of season. Temperatures on the mountain are also more varied depending on altitude and time of day than by the season. On the plains surrounding Kilimanjaro the average temperature can be about 30°C. Around 3000m you can expect to start to encounter frosts at night, with daytime temperatures ranging from 5 – 25°C. At the summit, the night time temperatures can reach well below freezing point, even as low as -20°C.

Trekking in “dry” season is preferable for obvious reasons however during these months the mountain can become quite busy. Other months to consider are those that lie on the edges of the rainy season: December, March and June. The visibility may be slightly impaired at these times due to cloud and you could end up climbing in pretty muddy conditions if the rains start early or finish late, however you are more likely to experience a quieter time during your trek. If the only time you can climb does fall during the East African rainy seasons, it is worth looking at the Rongai route as less rain falls on the north side of the mountain in general.

Preparing for a Kilimanjaro Climb

It is essential for a successful climb that you have good preparation and support to ensure you arrive in Moshi well-equipped and are physically able to take on the climb.

Your equipment and clothing will be of utmost importance to the safety, comfort and practicality of your climb. 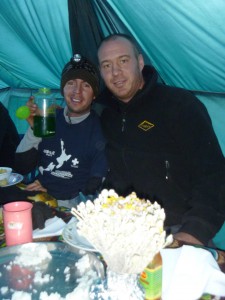 At Absolute Africa, you are ensured the utmost attention before, during and after your climb. With teams in the UK, Arusha and in Moshi, the support is there for you all the way, whether to assist with choosing the best route suited to you, discuss items you wish to hire or to push you that final stretch once you are up on the mountain… 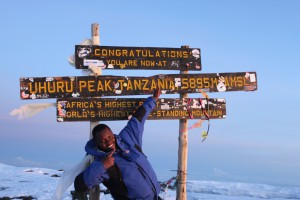 We are very proud of our Chief Guide, Samson Lauwo, the grandson of the famous Yohani Kinyala Lauwo, ‘Mzee Lauwo’, who led Hans Meyer, the first European to summit Kilimanjaro in 1889.

May you follow in their steps and take the challenge to reach the top with Absolute!